December 27- The Good Shepherd And The Destruction Of Babylon


The shepherd always tries to persuade the sheep that their interests and his own are the same. ~Stendhal 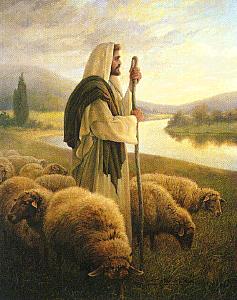 The job of a shepherd is to take a group of creatures who are stupid, affectionate, gregarious, easily spooked, and ready to follow someone, through the day without losing one of those sheep to wolves, who are the sheep's natural predator.  A good shepherd cares for the health of the animal and leads them into safe pastures near cool water in order to sustain them. It is not always an easy task.  Sheep tend to want to wander away. They are easily distracted.  The job of a shepherd is one of constant observance and vigilant care. Today, we learn that God intends to be Israel's Good Shepherd.

We begin this section with a statement by God that household idols, which were very common in Israel and Judah at this time, give false advice to people.  Idolatry does not lead people on a straight path.  God is angry at the leaders in Israel and Judah who have acted as bad shepherds and have allowed the people to follow idolatry, leading them astray.  God announces that He has arrived to look after the flock of Judah.  There is a prophecy here that the cornerstone/tent peg will come from Judah (vs. 4).  As you know, Jesus is predicted to be the cornerstone of the kingdom of God.  In 1 Peter 2:6 it says, 'As the Scriptures say, "I am placing a cornerstone in Jerusalem, chosen for  great honor, and anyone who trusts in him will never be disgraced.'"

In verse 4 this Good Shepherd is also described as a tent peg and a battle bow.  Jesus will be the ruler on whom everyone can hang their trust. He will be stability and victory for all who trust in him. There is a promise that Jesus will strengthen Judah and save Israel.  Why?  Verse 6 explains that it is because God loves them.  He will put behind him the times of rejecting Israel and the times of indignation against them as a people, and will restore their fortunes. The Scriptures say that in that day God will whistle and they will come running. What good shepherd does not dream of this?! There is an indication in verse 8 that there will only be a remnant of Israel who experience this glorious time.  From the few who are left after the Great Tribulation and those who have made it through that dark time on earth, having maintained their faith and trust in Christ, these promises are for them. They will be brought back from across the globe, where they were scattered.

Favor and Union/ Grace and Covenant

In chapter 11, we see that Israel and Judah's relationship with the Good Shepherd is going to suffer for a period of time.  This is because Israel has failed in their conditional covenant they had with God about the Promised Land.  You may remember that God told Moses that the people could stay in the Promised Land only if they obeyed God and followed the Law.  Their prosperity and safety in the land was conditioned upon them meeting this stipulation.  Now, Zechariah is getting an explanation that God is removing his grace and covenant with the people.  This is what we call their exile, scattering, and indignation.  This period of time will last until Christ's second coming to earth, when he sets up his millennial kingdom. The two aspects of God's favor/grace and His union/covenant are pictured as two shepherd's staffs.  There is a description that although the Good Shepherd helped the sheep, they hated him.  He declares that he won't be their shepherd anymore.  He snaps the staff called Favor/Grace in two.  No more grace and protection for Israel, now.  Until that time, we have a description of Israel selling their shepherd for thirty pieces of silver (Zech. 11:12).  This was fulfilled when Judas Iscariot sold the information on where Jesus could be captured for thirty pieces of silver.

Next, the Shepherd snaps the club called Union/Covenant in two.  The nation of Israel will no longer be unified. They will not be in the Promised Land anymore.  They will be scattered away from the Shepherd until a future day. This begins with the Assyrian captivity, continues with the Babylonian captivity, and will only end with the Second Coming of Christ.

The Bad Shepherd- Antichrist and the False Prophet

In Zechariah 11:15-17, God warns Israel that because of their rejection of the Good Shepherd, God will send a bad shepherd to care for them.  This worthless shepherd will not care that they are threatened by death.  He will not heal the injured or feed the healthy. This bad shepherd will actually devour the best sheep. God promises doom for this bad shepherd.  He will be rendered useless by God in the end.

In chapter 17 of Revelation, we saw that the kings and rulers of the earth destroyed religious Mystery Babylon.  The apostate church, who had so much wealth and influence in the last days on earth, will be deceived by the Antichrist and the False Prophet and will be destroyed by them.  The apostate church had no Good Shepherd to protect them.  They were devoured by a bad shepherd.  Now, it is only God-the Good Shepherd who will be able to stop the one world economic system that has taken over the whole world.  It is called Babylon in Scripture.  This takes us back to the original rebellion at the Tower of Babel. 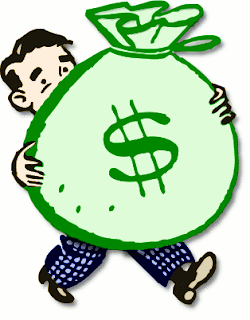 Scripture seems to indicate that religious Babylon will be centered around the city of Rome, but commercial Babylon will center around a rebuilt modern city called Babylon.  We have already read in the judgments that a great earthquake will destroy all of the cities of the world at one time in the end.  They will become rubble.  Now, this chapter describes how the merchant and international tycoons, who have gotten so wealthy through international commerce, will be distraught at the destruction of this major commercial headquarter. Once no one is left to buy their goods, the thing which they worshiped- money- is of no use.

While the merchants and ship owners and tycoons are crying, heaven is rejoicing that the evil world system is coming to a close. This gluttonous, idolatrous, self-absorbed system, which loathed God and killed God's people all over the world, will be no more.  Only the smoke from the burning remains will serve as a reminder that they ever existed.

Do you realize that the love of things and materialism that you and I see today on earth is only going to get worse?  It will consume the whole world in the future.  The power brokers, who make everyone get the mark of the beast and buy and sell through this system, will one day cry as God puts an end to their false power.  All of the lies, cheating, greed, immorality, lust, and pride will be put down.  Good will triumph over evil.

Praise God!  Are you looking forward to justice on the earth?

Verse 3 says, "Don't put your confidence in powerful people; there is no help for you there."  Amen to that!

Anger is what causes quarrels.

What did you see as you read today? Is all of this making sense to you?