December 29- On That Day 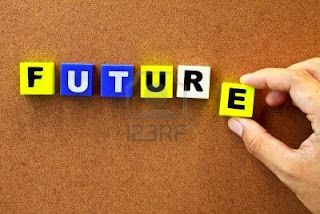 As we have read the Bible this year, we have seen the undeniable relationship between God and the nation of Israel.  Abraham received the promise that the world would be blessed through him.  His son, Isaac, had twin sons and Jacob, the younger son, received Isaac's blessing as the son who would be blessed by God.  Jacob wrestled with God and would not let go until God blessed him.  Jacob's name became Israel and from this man the twelve tribes of Israel came to be.  Thousands of years later, Zechariah is given a prophecy that reveals that God intends to deal with the nation of Israel until the end of time on this earth.  Today's prophecy contains information on events that are only in the future.  None of the events in today's chapter have taken place yet.  Zechariah ends his writings with the information on how the millennial kingdom comes about.  Reading the prophetic literature in the Bible gives us some details of how God's promises will come to pass.


The Day Of The Lord

We have already discussed that "the day of the Lord" is a time period that begins with the rapture of the Church and includes the Great Tribulation, the Battle of Armageddon, and the millennial reign of Christ on the earth.  Today, Zechariah gives information about the end of the Great Tribulation and how the Battle of Armageddon is ushered in. He also gives some details of what Christ's millennial kingdom will be like.  Let's take a look.

The Battle of Armageddon

The Earthly Millennial Reign Of Christ

Now we have the information that Zechariah is given in conclusion about God's promise to reign on the earth from the city of Jerusalem in the nation of  Israel and fulfill His promises to be their king and live among them.  Here is what he says:
What a beautiful picture of Christ coming to earth and fulfilling his promises.  Are you surprised that he is going to allow unbelief during his earthly reign?  He allowed it during his first coming.  The millennial reign of Christ will be a time of testing of mankind under perfect conditions.  Just as in the Garden of Eden, some people will not be called to God, even in a perfect political and religious environment. Such is the way of this fallen planet.

We learned from Zechariah's prophecy that the millennial reign of Jesus on this earth will be a time when people are not compelled to believe in Jesus, even though they will see him rule perfectly on the earth.  Now, the Apostle John is given a prophecy that explains more about this one thousand year reign of Christ on earth.  Here are some details:
We have some interesting concepts to deal with in this prophecy.  It gives us a much clearer picture of God's plan for the end of time on this planet.

Satan Bound and then Released

This passage indicates that part of God's plan is to rule on this planet without the direct influence of Satan on people's lives.  We learned from the passage in Zechariah that people will be punished if they do not come to Jerusalem to worship Christ.  Mankind has not been redeemed from their fallen state at this point.  Babies will be born during this one thousand years.  People who survived the Battle of Armageddon will repopulate the earth.  Jesus will reign perfectly, but he will reign over fallen people.  God's plan is to test mankind during this time.  God's protection and provision will be abundant on the earth. And yet, people must still trust in Christ and not in their own works to be saved.  Some people will resist.

God's plan is to let Satan be released after this time of testing on the earth.  Those people who were born and lived on earth under Christ still have the ability to be deceived by Satan at this point and join Satan in a final rebellion against God.  You may wonder why God is allowing this.  I don't know and neither does anyone else.  Why did God let Satan rebel the first time?  Why did God allow Eve to sin in the Garden of Eden?  These are mysteries that we will learn as we spend eternity with God in His presence.

Satan is defeated for the third time and final time (once when Christ conquered death after dying on the cross and then resurrecting, once at the Battle of Armageddon, and now in this final battle on the earth).  God likes to do things in three's.  Have you noticed?  Satan then joins his two other evil cohorts in the lake of fire.  He is tormented, forever. This solves the problem of Satan and rebellion, forever. 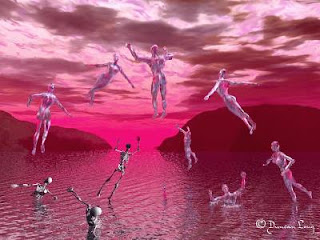 Once again, believers in God prior to and after the Great Tribulation take part in the First Resurrection and are deemed worthy to reign with Christ on earth.  Some commentators believe that the Church Age believers will occupy the New Jerusalem in heaven during this reign and will freely go back and forth from heaven to earth, while other commentators  belief that the Church reigns on earth with Christ during the millennial kingdom.

Now, we have the Second Resurrection.  All who participate in the Second Resurrection are people who did not believe in Jesus Christ and have died.  They are resurrected in order to be judged based on their works.  The Scriptures clearly establish that man's works cannot save him.  God is keeping detailed records on every one's lives.  Do you feel insignificant? Do you think that no one is watching you or caring about your life?  The Bible teaches a very different concept. God has a cosmic super computer (symbolic) recording all deeds of every created being.  He watches. He cares. He's involved.  The Deists were wrong, my friends. Jesus Christ has earned the place of authority in the Universe.  He is able to judge mankind and we see that Jesus is sitting on the Great White Throne after ruling this earth and destroying Satan.  In the end, God replays the tapes of the lives of those who chose to not follow Him.  They are found wanting. Their works could not save them or compensate for their sins.  They are thrown into the lake of fire with Satan, the Antichrist, and the False Prophet.

The Second Death- The End of Death and the Grave

Now, the whole concept of death and the grave (which after Christ's resurrection is a place of torment for those who had died apart from belief in Christ while awaiting the second resurrection) are destroyed.  Mankind was introduced to death in the Garden of Eden.  It occurred when the first animal was killed to be used as a covering for the nakedness of Adam and Eve.  From that point forward, the earth has been a place of death because of sin.  Now, Satan has been defeated, evil is squelched, the wicked have been judged, and the concept of death is no longer going to be a reality in the new heaven and earth that Jesus has promised to those who love him. Wow. Death and the grave are thrown into the lake of fire and will no longer be a reality. They are destroyed. This is described as the Second Death.  People who have already died are resurrected only to be judged and then experience a final death that lasts forever.  The lake of fire is the place of the Second Death.  The first death for unbelievers was called Hades/Sheol/the Grave. The Second Death after Jesus' Great White Throne Judgment is called the Lake of Fire.  Evil and all unbelievers who hated God are consumed in this fire.

These are sobering truths.

What a beautiful psalm of praise.  It means so much more as I read the prophecies in Zechariah and Revelation.

The king is admonished by his mother to speak up for the helpless.  Jesus perfectly fulfills this role of the righteous king.

What are you learning?