Closure is putting a problem to rest. Forever. ~Anonymous

Have you ever had something bother you because you did not truly have closure on it?  Perhaps you argued with a friend many years ago and stopped speaking to one another.  Rather than confirm that the relationship is dead, it has been left hanging with no true ties severed.  Maybe someone in your family passes away without you being able to tell that person how you felt about them.  Perhaps you never were able to thank them for their love and support.  Closure brings peace and contentment.  Today, David gets closure on several items in his personal life and closure for the nation of Israel on some national issues. 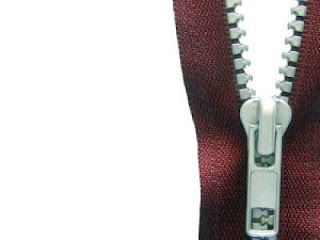 The first thing that happens in today's story is that the rebellion against David's restoration as king is finally squelched by Joab.  He pursues Sheba to the town of Abel-beth-maacah.  By building a ramp and beginning to batter the walls, Joab is going to destroy the city to get this one man.  A wise woman convinces Joab to stop attacking the city if the citizens will provide Joab with Sheba's severed head.  He agrees, they comply and the rebellion against David has closure.

Next, a three year famine occurs because of a broken promise against the Gibeonites.  We see that God does not just judge individuals, He also judges the behavior and decisions of nations.  Here, Israel is being judged because Saul broke a national treaty that Joshua made with the Gibeonites.  David realizes that the famine is a result of national sin and he corrects the broken treaty, providing the Gibeonites with Saul's descendants as a sacrifice for the sins of the nation.  This brings closure to the national iniquity.

Finally, we see closure on David's career as a warrior.  David is the most famous soldier/warrior in all of Israel.  This is the man who defeated Goliath, conquered the Philistines, and protected the population of Israel for many years.  Today, we see David growing weary in battle.  Other men save him from death and the decision is made to not allow this "light of Israel" to be snuffed out in battle.  David's fighting days are over.  His conflicts on the battlefield have closure.

We see that God brings closure on conflicts that need to be resolved.  What needs closure in your life?  Will you take the steps to seek God and find ways to put your problems to rest forever?

Now, we see closure as Jesus' time on earth is comes to an end.  God has graciously sent His Son to earth in human form.  Jesus fulfilled his destiny and fulfilled the Scriptures by living a perfect life, dying a sacrificial death and rising from the dead in triumph over evil.  Jesus closes the chapter on the problem of mankind's sin.  He bridged the gap that sin produces between God the Father and his rebellious creation with his death and resurrection.

The book of Acts is written by Dr. Luke who wrote the gospel of Luke.  You will remember that Luke is a master historian who spent much time with both Peter and Paul.  Luke gives us in the book of Acts as a bridge between what happens in Jesus' earthly ministry and what occurs before the epistles are written.


Luke tells us that Jesus spent forty days on earth after his resurrection before ascending into Heaven.  There is that number forty again.  God likes that number as we have seen God cause many things to occur for forty days in order to symbolize God's hand in the completion of His mighty works.  Luke tells us that during these forty days, Jesus appeared at different times to the disciples and to other people, confirming that he is really alive.  He teaches them about the Kingdom of God. He eat meals with them.  They touch his body. 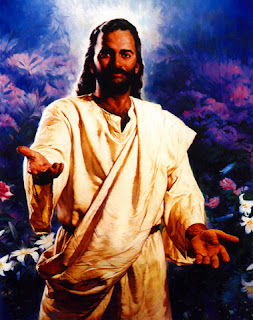 The disciples take this opportunity to pester Jesus with questions about when the time when his earthy kingdom will  come and Israel will be free.  Jesus tells them that the Father in Heaven sets those dates.  The disciples are not to know when the earthly kingdom will come.  Jesus is not denying that he will have an earthly kingdom that includes freeing Israel from her enemies and Jesus reigning as an earthly king.  He just indicates that the time for that kingdom is only known by God the Father.

Jesus tells them to wait until they receive the Holy Spirit. He indicates that the Holy Spirit will be the key to helping them  tell the truth about Jesus in their surrounding community and even to the ends of the earth. The implication here is that Jesus' earthly kingdom will not occur until the truth of the gospel has gone out to the whole earth, even to the ends of the earth. This will be able to be accomplished by these flawed individuals because of the power of the Holy Spirit working through them.


We are told that after this event, the disciples do go back to a house where they wait for the Holy Spirit, just as Jesus commanded.  Apparently, Mary (Jesus' mother) is with them, along with several other women and Jesus' step-brothers.  They are in continual prayer as they wait.

One day when about 120 people are there, Peter decides that they should cast lots to replace Judas Iscariot so that there will continue to be twelve apostles.  Peter is doing this decision prior to having the wisdom of the Holy Spirit in his life.  The Holy Spirit has not been sent down to them yet. They end up picking Matthias to be the twelfth apostle.  It should be noted that the Holy Spirit never mentions this man in Scripture again.  It appears that the Holy Spirit and Jesus pick the Apostle Paul to be the twelfth apostle, not Matthias.  This is probably another example of Peter's rash leadership apart from God's Spirit. We have seen Peter be rash on a number of occasions. We read later in Scripture that Paul is the apostle to the Gentiles.

Jesus picks Paul to be his apostle on the road to Damascus, but we will read about that later.

Do you wait patiently for God's Spirit to guide you in your life?  Do you rely on God for the big decisions that you must make?  This takes wisdom and patience.

"Pride goes before destruction, and haughtiness before a fall."  Wow.  How true is this?