There's a party goin' on right here
A celebration to last throughout the years
So bring your good times, and your laughter too
We gonna celebrate and party with you
~Kool and the Gang 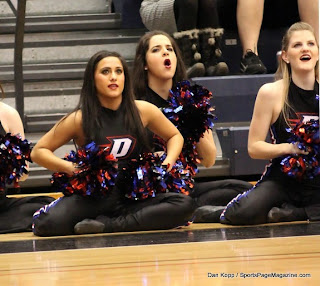 When I was in college I was a member of the pom pom squad.  I have many good memories of being on the football field or basketball court during college games.  This song was popular at the time and was one of our dance theme songs.  I can't count how many times I danced to Celebrate good times!  Today, Solomon is celebrating good times because he is finally dedicating the Temple to God.

The dedication of the Temple falls during the Feast of Shelters, which foreshadows God's great celebration at the harvest of all believers in the end times. The Ark of the Covenant, which is a picture of Jesus Christ, is brought into the Temple. The Ark is placed between the wings of the giant Cherubim.  This is a beautiful picture of Christ being protected and ministered to by God's angelic beings while on earth.

Solomon uses this dedication as a time to worship the One True God.  Solomon lifts his hands to heaven and prays a marvelous prayer of faith.  Here are some of the highlights:
Solomon commits Israel to be a witness to all people on the earth of the One True God.  After Solomon's prayer and blessing upon the people, the priests sacrifice many many animals as a sign of the need for the death of an innocent creature to pay the penalty for our sins.  The people then stay for many days and eat the grilled meat of the sacrifices.  This is a picture of all believers partaking in the sacrifice of Christ and being sustained spiritually by His death.

Have you celebrated God's gracious sacrifice for you?  Celebrate good times, come on!

Stephen, through the power of the Holy Spirit, brings the hammer down on the Jewish religious leaders.  This is reminiscent of how Jesus spoke to the religious leaders on many occasions. Stephen starts by calling them stubborn people who are heathen at heart and deaf to the truth.  Whoa!  He goes on to say that they are forever resisting the Holy Spirit just as their ancestors did.  Next, he accuses them of murdering the Righteous One-the Messiah and knowingly disobeying God's law. 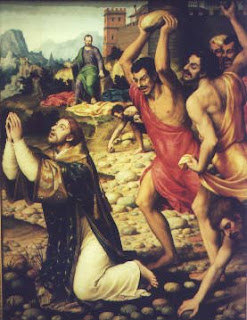 The religious leaders are furious at this and shake their fists in rage.  Stephen looks up and sees Jesus sitting at the right hand of God the Father.  He tells the council what he is seeing.  At this, they shout, cover their ears, drag him out of the city and stone Stephen to death.  At his stoning, Stephen asks God to forgive his enemies and for God to receive his spirit.  The Holy Spirit has prompted Stephen to die as a martyr for the gospel of Jesus Christ.  Stephen is the first martyr in the Church.  This is a privilege and a blessing.  Stephen is a good guy in the story and now we will meet one of the bad guys.

At this point, the Holy Spirit wants us to meet one of His arch enemies in this group.  His name is Saul and he is zealous to kill believers in Jesus.  As Stephen is stoned to death, the coats of his enemies are laid at the feet of Saul.  We learn that Saul is going from house to house to drag both men and women to jail for believing in Jesus. This persecution leads to the first fulfillment of Jesus command to go to Jerusalem, Judea, and Samaria before going to all of the world.

The gospel has successfully gone into Jerusalem and Judea thanks to the work of the apostles.  Next, we see that the great persecution led by Saul causes many Christians to flee Jerusalem.  Philip goes to Samaria and is responsible through his teaching and miracles of converting many Samaritans to Christ, including an influential magician/sorcerer named Simon.  It should be noted that Philip's ministry followed the pattern of the Holy Spirit in that Philip was able to heal all people who needed healing of their illnesses, he cast out demons, healed the lame and taught the truth of Christ.  In addition to this, he baptized both men and women in the name of Jesus.

We see that the will of God is going to be accomplished on earth just as Jesus commanded.  The Holy Spirit is responsible for seeing His will accomplished.  How is the Holy Spirit working in your life to accomplish God's will for you on earth?

This psalm is about enemies persecuting the psalmist because of his faith.  Surely, Stephen could have quoted this psalm during his persecution.  This psalm would have comforted the early church which was being persecuted by Saul.

"A dry crust eaten in peace is better than a great feast with strife."  Solomon surely knew about feast that were eaten in strife.

What did you see today as you read?