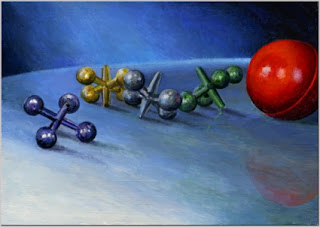 Have you noticed that if you turn off the television and shut down the computer and ban video games, the modern generation of children collectively say, "I'M BORED." Well, they should learn to go outside, use their imaginations to pretend, play hours of cards like I did as a child, take up the game of jacks, or read a good book.  Anyway, if you think being without a TV is boring, let me give you something else that is even more boring...sin.  Take for instance a person who is a drunk or a drug addict.  At first their edgy behavior may seem intriguing.  As their life progresses and they are consumed by the need to have their drug of choice, their lives become sadly predictable and boring.  They waste their potential as a human being and sit around stoned.  Duh. Boring.  This is what we are experiencing as we read about the bad kings of Israel and Judah.  They are doing the same old thing, idolatry, idolatry, idolatry.  It's boring.  It is more exciting to see God work than to see people sin.

You may remember that Elisha wept when he saw the prophecy of how Hazael would become king of Aram and make life miserable for Israel.  Today, we are reading about the fulfillment of that prophecy.  Jehoahaz is king over the Northern Kingdom of Israel and Hazael is defeating them repeatedly in different cities.  We see that Hazael has had such an impact that Israel is reduced to fifty mounted troops, ten chariots, and ten thousand foot soldiers.  Ouch!  It should be noted that the Bible tells us that they were still setting up Asherah poles.  Think of a stripper pole where they come and have sex when you read about an Asherah pole.  It was an ancient excuse for a combination of pornography and religion, mixed.


Jehoahaz dies and his son, Jehoash, becomes king of Israel.  Is your brain getting fried by all these names that sound just alike and are hard to pronounce?  Mine is. Anyway, Jehoash goes to an elderly and sick Elisha to ask for help.  Elisha has him shoot an arrow out the window to picture that the Lord will give him victory over Aram.  He tells Jehoash to strike the arrows on the ground.  Jehoash strikes three times.  Elisha is angered because the strikes represented the number of times the Lord would defeat the Arameans and Jehoash only struck three times. 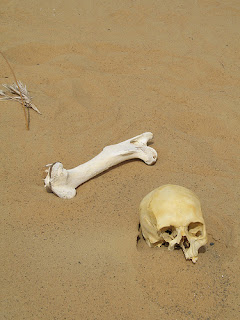 Elisha dies and we read an amazing story surrounding his death.  He was buried in a cave.  Some Israelites are trying to avoid some Moabite raiders, who would raid cities once the weather was good and the seeds were planted for crops.  They throw the body of a friend that needs to be buried into Elisha's cave.  When the man's dead body touches Elisha's bones, the man resurrects to life.  Even in death, Elisha is a picture/shadow/type of Christ.  Just as this man received new life as he came in contact with Elisha's death, we receive new life as we identify with Christ and his sacrificial death!  God loves pictures and we learn from His illustrations the Truth of life.


Elisha's prophecies come true and Jehoash's prayers are answered.  Israel does defeat Aram three times.  Eventually, King Amaziah of Judah is feeling proud because he has had successful battles against the Edomites.  He challenges King Jehoash to a battle.  Pride goes before a fall, and Amaziah is defeated in battle.  Six hundred feet of the walls of Jerusalem are destroyed. The treasury from the Temple is taken, and hostages from Judah are carried off to Samaria, the capital of the Northern Kingdom of Israel.  Amaziah dies, and his sixteen year old son, Uzziah, becomes king of Judah.  Meanwhile, Jeroboam II becomes king in Israel in the Northern Kingdom.

The Scriptures tell us that there was great suffering for Israel at this time.  They are constantly at war and are being antagonized by their enemies.  May I say that this is a picture to all of us that living apart from the will of God is a bad place to be.  Sin is boring and miserable.  Reading about the Israelites following idols and getting beat up by their enemies is boring and miserable.  May we all learn the lessons of life with God and the lessons of life apart from God.

Lessons:  Although sin may seem enticing, it leads to death.  Without the finger of God in one's life, the human condition spirals into predictable chaos.  There is nothing new under the sun.  God is what brings light and hope into our human condition.  Embrace repentance from sin and obedience.  That is where one can experience true adventure.

Have you ever thought about your habitual sins being boring?  Why not throw them off?  Rely on God for renewed power to overcome predictable transgressions.

Now, we get to some exciting reading.  God is working in Europe and Asia.  The story of Jesus is spreading throughout the world.  Talented and dedicated people are rising up to take on the task of spreading the gospel.  Today, we meet an extremely gifted speaker named Apollos.  Being well versed in Scripture, Apollos has been converting people to Christ and instituting the baptism of John the Baptist.  When Priscilla and Aquila hear his bold preaching, they take him aside and explain the baptism of the Holy Spirit to him.  We learn that Apollos has great power in his preaching and is able to refute the Jews in debate in the city of Achaia.  We can learn several lessons in this story.

Lessons:  When the Holy Spirit moves it is exciting and transformational.  The early preachers of the gospel were well versed in Scripture and well prepared to defend their faith.  Good teachers are also good students.  Notice that Apollos is humble enough to be corrected by Priscilla and Aquila.  Humility and teachability are signs of a true believer in Christ and a good leader.

The Apostle Paul goes back to Ephesus and has a tremendous impact on that port city in Asia (Turkey). We see that the believers in Ephesus are also following the baptism of John.  Paul explains to them that John's baptism was a baptism to demonstrate a desire to turn from sin and turn to God through Jesus.  Paul teaches them that the baptism of the Holy Spirit is in identification with the death and resurrection of Jesus.  Once baptized in the Holy Spirit, the confirmation of their baptism is seen with the same signs seen at Pentecost.  They spoke in known foreign languages and prophesied about the truth of the Scriptures in these languages.

Paul lectured initially in the synagogue in Ephesus, but eventually moved to the Hall of Tyrannus.  He stayed for two years in Ephesus.  God blesses Paul's ministry here and amazing and unusual miracles are a part of the confirmation of God's blessings on Paul's work.  Modern Ephesus is no longer a port city.  I have visited the ruins of Ephesus and can testify to the wealth and prominence that this city once possessed.  It was basically a city of marble.  The streets were marble and the buildings were marble.  There were beautiful marble-lined streets with magnificent buildings including an impressive library and multi-story condominiums that were built into the side of a mountain.  To walk the streets of ancient Ephesus is to feel the highly developed civilization of the times.  Paul's ministry would have impacted countless people as the city had many traders and business people that came and went in the port.  It would also have been a vacation spot for the wealthy.

The blessings of God are exciting.  Peoples lives are changed for the better.  Sick people are healed and demon possessed people are set free.  What a joy to read about the power of the Holy Spirit.

Are you being used by God in this way?

I like that this psalm warns us to not put our faith in powerful people, but in the Lord.  Here are some of the verbs that speak of what the Lord does for us: created the heavens and the earth, keeps promises, gives justice, feeds the hungry, frees the prisoners, opens the eyes of the blind, lifts burdens, loves the righteous, protects foreigners, cares for orphans and widows, frustrates the plans of the wicked, and reigns forever.  Not bad.

Fools don't want to understand, they just want to give their opinions.  Wow.  That's true.

What did you learn as you read today?  Please share.